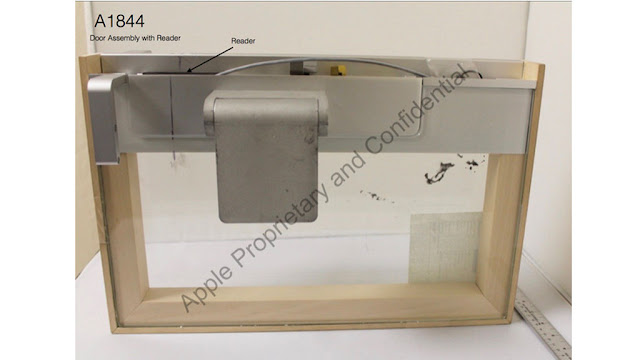 Im last fall, Apple filed with the US Patent and Trademark Office ( Federal Communications Commission , FCC briefly) a request for a new device with the model number A1844 a. The patent application did not reveal much, only so much: the mysterious device should have a very low power consumption and have Bluetooth and NFC functionality. It was not long before first speculation about the "wireless device" made the round: Is this a new Apple TV or a new AirPort router ? Or does the company from Cupertino bring out the first Smarthome gadget in Apple design? Until now, Apple had always denied to develop its own Smarthome products.

Everything just hot air
The disillusionment followed quickly, as last week, the authorities published an instruction manual and first photos of the mysterious device. Obviously behind the designation A1844 hides a simple card reader, which serves as a door opener. And as it is, Apple wants to use this patent only internally. There remains only to say: A sentence with x, which was probably nothing.