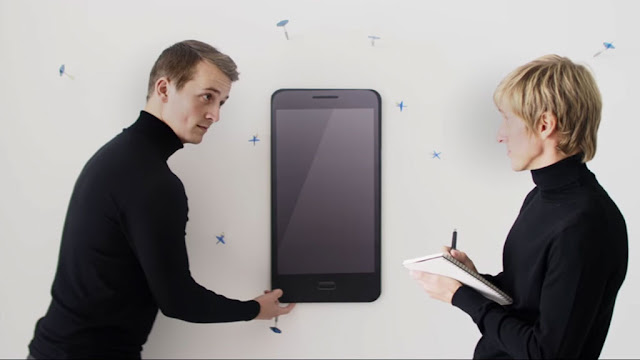 You can look at a video for a product and then ask yourself what has just happened. This is exactly the feeling left by the new commercial of Lenovo's daughter Motorola.To be seen in it: Two designers in black clothes who wiggle to the beat of the music with the legs and throw darts on an oversized smartphone.

What is this advertising?
The smartphone dartboard is a hybrid of Apple's iPhone and Samsung's Galaxy models. To the background music, someone sings in English with a strong accent, whereby the text primarily revolves around the headphone jack and its position on the smartphone. The two designers seem to make fun of these unimportant decisions. Last but not least, there is a page hit on other smartphone developers:"You have changed the headphone jack. We changed the smartphone."COMPUTER BILD says: The video is definitely oblique, but somehow funny. Above all, the advertising and the Moto Z remain in memory with which Motorola has achieved its goal.