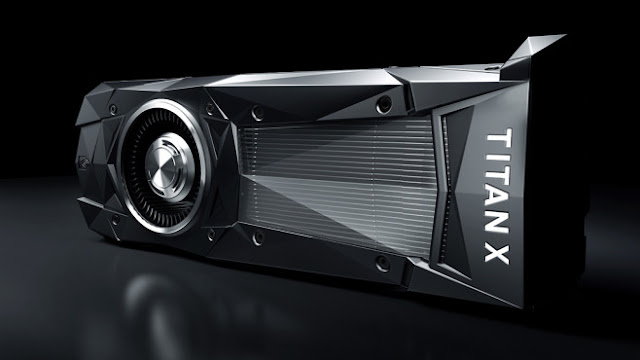 The question: Nvidia's top- class graphics cards are really expensive . The Titan X costs 1.299 Euro as much as a gaming PC . The GTX 1080 is with 635 euros significantly cheaper, but is still as expensive as a half-usable notebook . Just in between, Nvidia now places the GTX 1080 Ti - for well-heeled players, who have a whopping 819 euros in the wallet. Nvidia promises a performance advantage compared to the GTX 1080 of a full 35 percent, compared to the Titan X it is 5 percent faster. That would be sensational. But is that really true? The test answers.

The undisputed number 1
Nvidia is the undisputed leader in the fastest graphics cards with its "Pascal" models - counterparty AMD has (yet) nothing to counter. And so much is certain: Also the coming, polished "Polaris" models of the AMD-RX-500 series probably do not change anything. Only the graphics processors of the "Vega" range announced for the second half of the year 2017 can provide more power among the fastest graphics chips.

GTX 1080 Ti: Available models
As with every new graphics card, there is, of course, not only the basic edition in this case. Many manufacturers rely on their own cooler and screw the stroke a bit to the top, in order to tickle the last remaining power from the chips. The fastest card on the market is currently the Zotac GTX 1080 Ti AMP Extreme with a boost clock of 1.759 MHz. If you prefer quiet and cool, you should take a look at the MSI GTX 1080 Ti Sea Hawk X - of course, because you can probably do something else in terms of power. The models range from almost 800 euros to almost 1,000 euros - depending on the equipment and accessories. Click on the following gallery to learn more about the many variations. 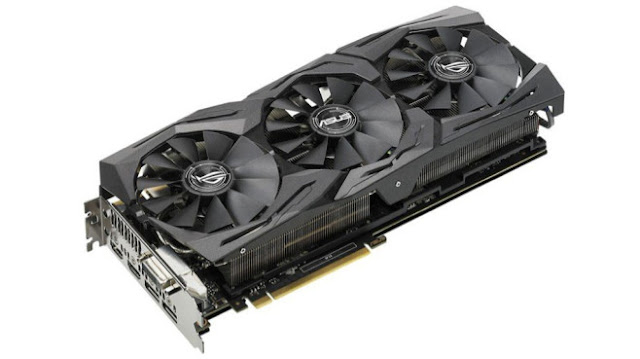 GTX 1080 Ti with titanium X chip
Nvidia would probably have every reason to sit back and wait to see what the opponent does. The whole opposite is the case, however, with the GTX 1080 Ti bringing the US-Americans a further upper-class model into the trade. Its technical characteristics are similar to that of the much more expensive Titan X. Also on the GTX 1080 Ti is a chip with the internal designation GP-102, which can allocate computing tasks to 3.584 Cuda cores. If necessary, the computing units clock up to 1.48 gigahertz, via Turbomodus it goes up to a maximum of 1.58 gigahertz. The clock frequencies are therefore slightly higher than for the Titan X (1.41 GHz / 1.53 GHz).

Less memory, smaller interface
Differences are also present, even if these are marginal: the GTX 1080 Ti has 11 gigabytes of graphics memory of the fast type GDDR5X instead of 12 gigabytes on the Titan X. The data exchange between the graphics memory and the graphics processor is "only" over 352 lines - the Titan X, 384 lanes are available for this procedure. Nvidia has capped at the 1080 Ti a 32 bit memory interface. For this, the 1080-Ti memory can work with a slightly higher clock: the data migrate with 2.75 GHz from and to the graphics chip, with the Titan X it is 2.5 GHz.

Why 11 gigabytes of graphics memory?
The graphics memory is at first glance with both maps oversized - for most gamers this certainly applies. However, there are already games that can not cope with 8 gigabytes - at least in high resolutions. This is the tempo. Examples: Graphically opulent scenes in " Watchdogs 2 " require 11 gigabytes of graphics at a time when playing in 5K (5120 × 2880 pixels); in the same scenario , "9GB" is required for " Deus Ex ". A prerequisite for this is, of course, a 5K monitor.

Nvidia GTX 1080 Ti: fast paced
Many gamers play their titles but in Full HD with 1920x1080 pixels. For the graphics cards like the GTX 1080 Ti are simply oversized. This also showed the test: With an average of 126 images per second, the graphics chip equipped with rich 12 billion transistors provided more than enough power for a liquid display of games (from 40 frames per second). But also 4K titles with 3840x2160 pixels made the GTX 1080 Ti not to create: Here he still delivered 46 pictures per second - well-minded with full detail reproduction!

GTX-1080-Ti performance exactly at Titan-X level
This made the 1080 Ti almost exactly as fast as the Titan X (Full HD games: 127 frames per second, 4K games: 47 frames per second). Although this is not the Nvidia promised performance advantage of 5 percent, the same tempo level is nevertheless considerable. Finally, the Titan X is crisp 480 euros more expensive. The Tempovorteile opposite the smaller GTX 1080 are by the way 13 percent (Full HD games) and 22 percent (4K games).

Nvidia GTX 1080 Ti without DVI connector
No advantage there is in the Monitor all connections - Nvidia 1080 Ti no DVI connector installed in the GTX, but puts at a DisplayPort to DVI adapter. According to the manufacturer the card should use the gain on the connection plate for better heat dissipation. Compared to the Titan X, the test was only conditionally.

Heat development as in Titan X
The heat development was approximately the same in the test at 72.4 degrees. The fans for the fresh air supply were audible in graphically complex scenes (2.8 Sone), in simple office applications they could not be heard (0.4 Sone). COMPUTER BILD also measured similar values ​​for the Titan X. This also applies to the power consumption: the test system approved under full load 351 watts, in office applications it was 51 watts (Titan X: 352 watts / 54 watts).