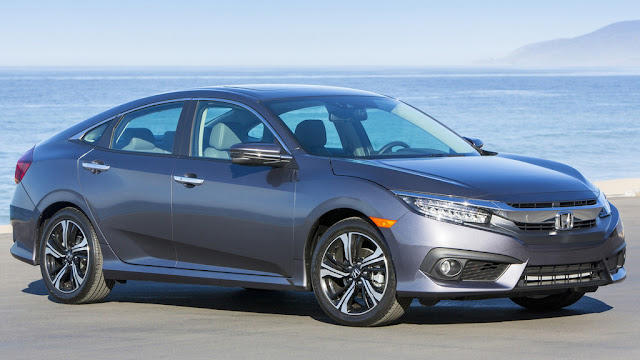 Brevan Jorgenson studied at the University of Nebraska in the USA. Besides, he is working on his car as many young drivers like to do. But instead of equipping his vehicle with spoilers, a new chassis and performance parts, Jorgenson has devised something more technical: he turned his Civic into a semi-autonomous car - and with the simplest means.

The Basis: A commercial smartphone
Everything the young student needed for the conversion was the Smartphone OnePlus 3 and a circuit board for the connection to the vehicle electrical system. From these components Jorgenson built a so-called "Neo". It is a device equipped with numerous sensors, that a special software plays. The student picked it up quite simply and legally from the Internet. The openpilot from comma.ai is available there as an open source program for everyone.

Handycam recognizes environment
Jorgenson had a cover made for his basement, with which the smartphone is to be attached securely to the disc. Sitting there, the mobile phone camera is able to capture its surroundings. Background: The comma software takes advantage of the 16-megapixel sensor of the smartphone to detect the road limitation and possible obstacles. The system analyzes the environment and transmits a control signal to the car via the board electronics. This is then able to react automatically.

Hobby hobbyist developed autopilot to the ridicule price
The development of appropriate software and hardware swallows millions of euros for large autoconcerns. In the ideal case, a system is at the end, as currently used in the Tesla series models. But these vehicles only start at around 95,000 euros. For the conversion of his existing car, Brevan Jorgenson needed only hardware for a total of about 650 euros (700 US dollars). Together with his car, the price for a partiallyautonomous car is probably roughly 20,000 euros.

The suggestion: An aborted project
The software for semi-autonomous driving originally comes from a system intended for sale. The start-up comma.ai from San Francisco planned the large-scale distribution of finished Neos. Under pressure from the American traffic authority, the founder of comma.ai, George Hotz, broke off his project and presented the software free of charge on the Internet. On the same day, Jorgenson ordered all the components necessary for the construction of a Neos and set off. The private installation of an autopilot is not compatible with valid traffic law. An imitation or even use of such a system in road traffic is therefore not recommended.