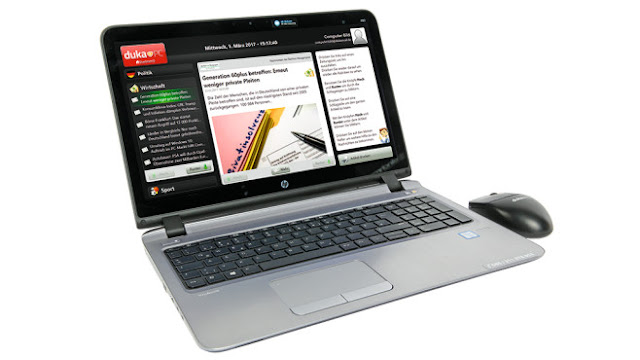 Test Conclusion: You must know
Great: The surface "Duka program" is easy to operate, the tiles are clearly and clearly labeled, the preinstalled applications simple. The notebook is much better suited for beginners and seniors than classic Windows computers. And if difficulties still occur, the friendly hotline continues to help, which in the test even with persistent problems did not give up. Also good: If you no longer need the Duka program, the notebook can be used as a normal Windows 10 device. However, they are comparatively expensive: similarly equipped notebooks gives s for much less money.


Ohne Question: Windows 10 is easier than its predecessors - but the operating system is still overloaded with features, options and apps, making it unclear for less savvy users. The Danish manufacturer has recognized this and supplies its notebook Duka HP ProBook 450 with a special surface for seniors. Is the operation so much easier? The test answers.

Duka ProBook 450: Hardware from HP
Surprise: Duka does not manufacture the device itself, but uses hardware from HP. The notebook comes from the Probook series 450 G3, which Duka offers for 799 euros. The notebook is equipped with a 15.6-inch screen (39.6-centimeter-diagonal), which can also be operated by fingertip thanks to the touchscreen. The device works simply, but is class-processed.

Windows on board but invisible
Much more important than the hardware, however, is the user-friendliness-free operation: for the first commissioning, the manufacturer provides a detailed manual. At the push of a button, the notebook starts up Windows 10 and automatically the software "Duka Program". The manufacturer, together with Ældre Sagen, has developed and tested the 780,000 members of the largest senior citizen organization in Denmark.

Duka HP Probook 450 with tidy software
After the start, the user welcomes a tidy, friendly and easy-to-use tile interface. Here, there are no incomprehensible terms: Word is here word processing, the favorite title spulen users in the "music player" and not in the media player and news reads it under "news". All applications are limited to the bare minimum, the few additional features are accessible through unmistakable symbols and designations. Open users, for example, the word processing, can be accessed by "fonts" fonts in a clear list, changing the text color is possible via a box icon.

Not everything is ready for use
Good: Duka sets up a user account in advance for the buyer; customers only have to connect the device to the Internet via WLAN. But how the hell? This important function is hidden under "Help". Another drawback: According to Duka, the Videotelefonie is popular among seniors - to keep in touch with children and grandchildren. But for this they have to register by phone at Duka. That worked in the test without problems - but why this detour? 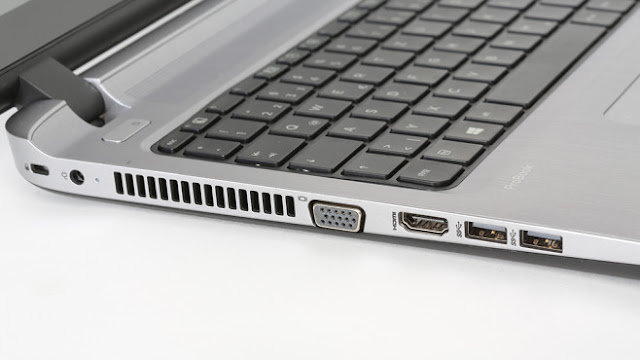 Duka Hotline: Expensive but helpful
And if there are problems despite Duka surface? For such cases, the manufacturer offers separate service subscriptions: For the "mini" tariff, which includes assistance by remote maintenance, Duka charges 9.99 euros per month. The "basic" tariff with telephone support, which according to Duka 89% of all customers decide, costs 17.99 euros. At first glance, these are steep prices. But the investment is worth it. If a technician comes into the house, per visit loose between 50 and 100 euros are due - even with trifles. Class: The hotline, which receives 350 to 400 calls per day, helped in the test friendly. In case of tricky concerns she even called back several times to correct the problem.

Duka HP Probook 450: hardware with weaknesses
So software and support are right - but what is the technology?