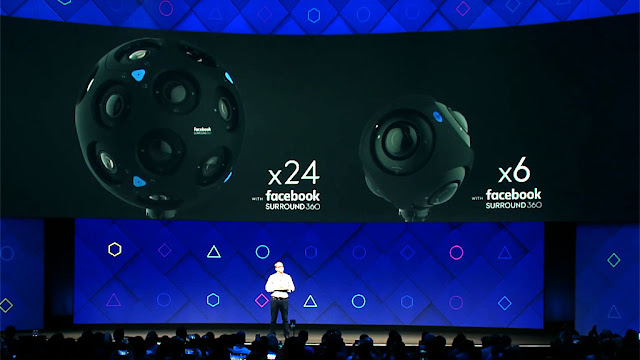 Facebook reinforces the focus on virtual reality with two new models of 360-degree cameras - the Facebook Surround 360 x 24 and the Facebook Surround 360 x6. With 6 and 24 lenses, they are supposed to provide a much more realistic representation of environments than previous models, said engineering boss Mike Schroepfer at the developer conference F8 in San Jose, California.

Brainwaves instead of controllers
With the additional visual information, it is also better to be able to move in a 3D environment - in the live image you should be allowed to act as freely as in a VR simulation. In the future, according to Facebook, it should not be impossible to return to the movement within virtual environments instead of today's controller in the hand directly on brainwaves. Facebook's founder and CEO, Mark Zuckerberg, believes in the future with virtual reality and bought the company Oculus, a pioneer in special glasses, with which the user immerses in artificial environments. With the Oculus Rift, however, the technology remained in the niche. (With DPA material.)